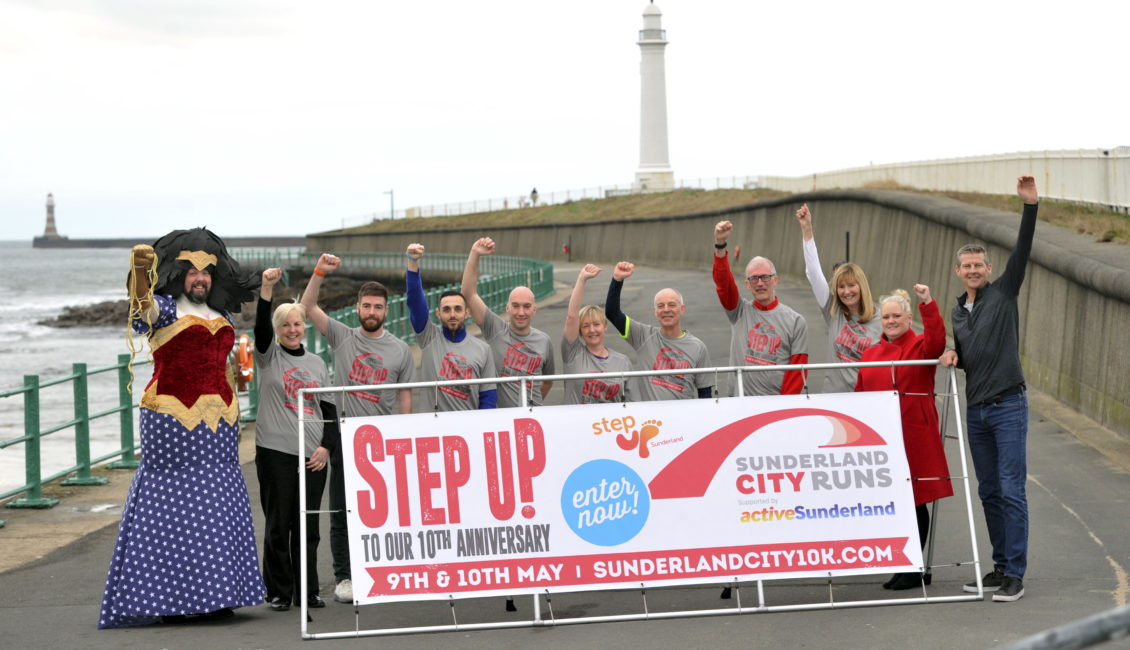 ‘Sunderland Superheroes’ from all walks of life have assembled to encourage the public to get involved in the 10th anniversary of a major festival of running in the region. Nominated by members of the public towards the end of last year, the Sunderland Superheroes include charity fundraisers, grass roots athletics volunteers, and people who have continued to run despite having to also battle conditions such as multiple sclerosis or cancer. Each superhero has been given a free place at one of the Sunderland City Run events on 9 and 10 May, organised by Events of the North in partnership with Sunderland City Council.

The Sunderland Superheroes gathered together for the first time on Monday at Sunderland City Run official hotel partner the Grand Hotel, where they were played a video message from the North East’s own ‘Wonder Woman’, world record holder Aly Dixon, who is currently training in Kenya. In her absence, Colin Burgin-Plews – aka Big Pink Dress – transformed into Big Pink Wonder Woman for the occasion. Event founder Steve Cram was on hand to offer training tips to the superheroes and joined them for a run along the promenade. As well as taking part in either the Sunderland City 5K, 10K or Half Marathon, the Sunderland Superheroes will help to promote the events to the public, pushing the message that there is a run suitable for everyone and supporting both the city council’s Step Up campaign and a series of free Start Me Up For Sunderland (SMUFS) training sessions, starting on Wednesday 29 January. Those who enter a Sunderland City Run event can sign up to the SMUFS sessions by emailing info@eventsofthenorth.com (places are limited and on a ‘first come first served’ basis).

The Sunderland Superheroes include:

Steve Cram, founder of the Sunderland City Run, comments: “From the day we launched the first Sunderland City Run event, we have always focused on encouraging more people to get involved in running. Throughout my time as an athlete, coach, commentator and fan, I have always known how much good running does for physical and mental health and we want to get that message out to as many people as possible. Working with Sunderland City Council, we’ve created an event that includes a run for everyone, from the Active Sunderland BIG 3K and Sunderland City 5K, to the 10K and half marathon. Our Sunderland Superheroes all have brilliant stories that showcase how running can transform lives and we’ll work together to share those and inspire more people to join us on the starting lines on 9 and 10 May.”

The 2020 Sunderland City Runs will start with the Sunderland City 5K on the evening of Saturday 9 May. The 5K will use the iconic Northern Spire Bridge, providing a spectacular venue for runners and spectators alike. The following morning will see thousands of runners take part in the well-established Sunderland City Half Marathon and 10K, and the Active Sunderland BIG 3K. All three events will start and finish in Keel Square in the city centre.

Places on the 2020 Sunderland City Runs are available now at www.sunderlandcity10k.com. Runners affiliated to a club can enter the Sunderland City Half Marathon for £35 and the price for unaffiliated runners is £37. Places on the Sunderland City 10K costs £25 and £27 respectively and the price to enter the 5K is £15. Anyone who enters the half marathon or 10K as well as the 5K will receive a discount code to redeem in one of the events the following year. All event finishers will receive medals, technical t-shirts and goody bags. 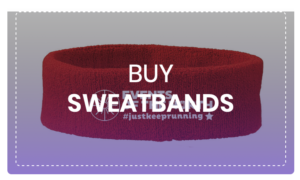 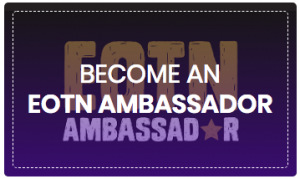 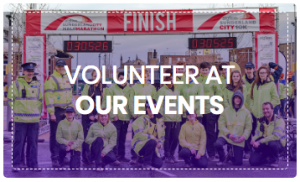