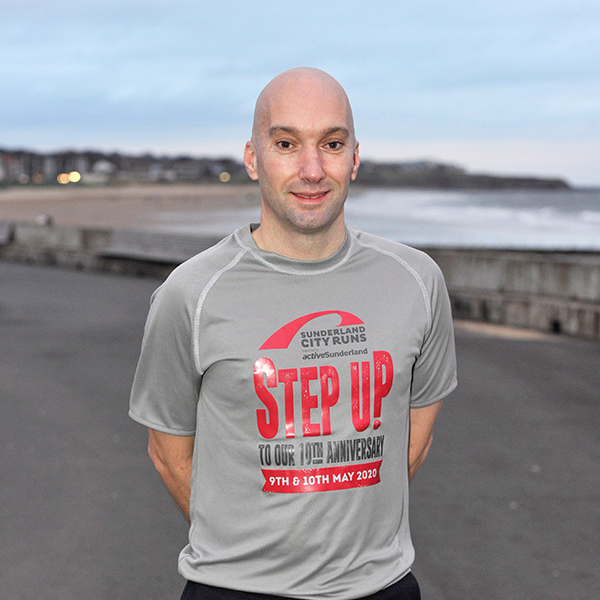 Completed his 1000 10K runs in 1000 consecutive days raising money for Ovarian Cancer. Mixing it up at Sunderland 2020 by completing the Half!

Scott Baker is the ‘10k King’ who recently completed 1,000 10ks in succession. Scott on that occasion was running for Target Ovarian Cancer after his mum had won her battle against the condition and he wanted to help ensure he could help prevent others from doing so too. Having finished his epic three year challenge in late 2019, Scott knew he wanted to then use his passion to support other great charities in the way he knew best how…. by running! And so after visiting a friend at St Benedict’s Hospice, he knew this was an organisation that he wanted to support next.  Scott said “I’ve always known St Benedict’s Hospice did great things for the local community but only after having visited the place did I realise just how much they did, it’s unbelievable to think that this small building supports so many across the area In so many ways, for example, I never knew they visited people in their homes, that they had a day care facility, they offer counselling and so much more. It’s an honour to fundraise for them”.